Resist the urge to allow the AutoScoff feature to over-ride your comprehension until you've read and considered the material this presents.
Top 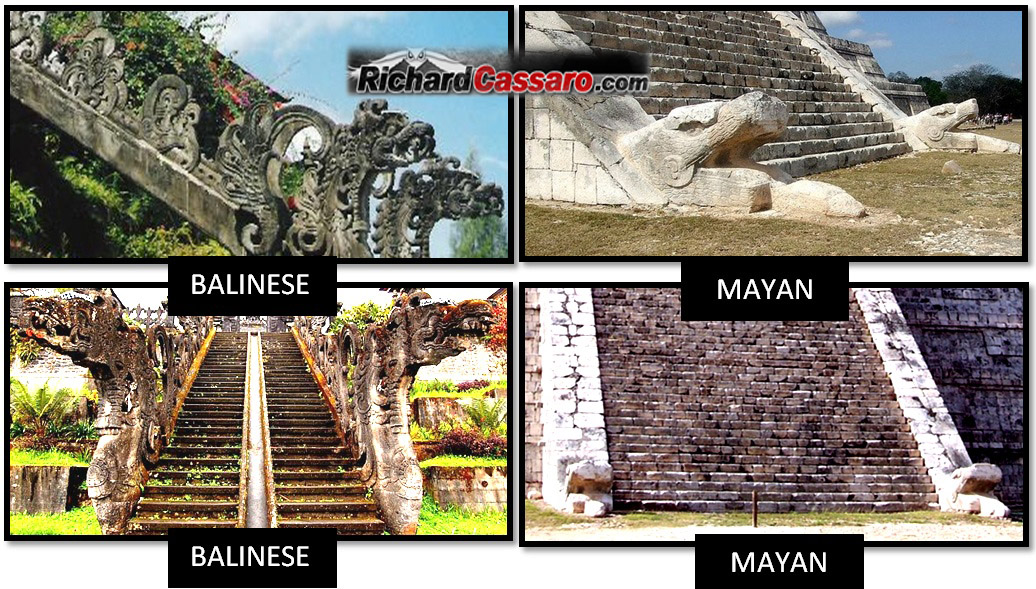 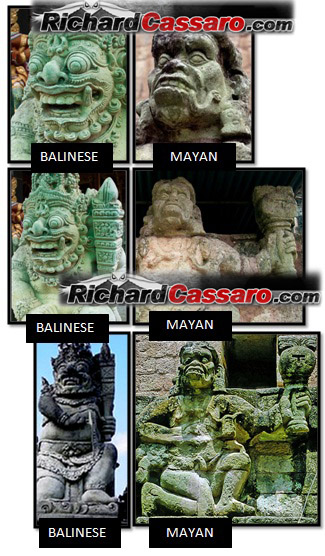 After this...I lost interest.
Something is wrong here. War, disease, death, destruction, hunger, filth, poverty, torture, crime, corruption, and the Ice Capades. Something is definitely wrong. This is not good work. If this is the best God can do, I am not impressed.

"Damn with faint praise, assent with civil leer, and, without sneering, teach the rest to sneer." ~ Alexander Pope
Top

but i did look at the pictures. Seems to me that the two cultures really do share something...they're both comprised of humans. Try adding another 2 or 3 dozens cultures and you'll keep finding similarities like the very broad examples in the link.
Top

Before you folks get all giggly, many years ago I read reports by respectable experts on both the Mayan and Balinese calendars that there were similarities between them far beyond mere chance.

If not, then perhaps you may want to let those who do argue their case.
Top

There are only so many ways to build a stairway, E.P.
Something is wrong here. War, disease, death, destruction, hunger, filth, poverty, torture, crime, corruption, and the Ice Capades. Something is definitely wrong. This is not good work. If this is the best God can do, I am not impressed.

Yes, I know that. But stairways are not what I mentioned.
It was CALENDARS, and fairly complex ones at that.
There's also that list of non-native plants and animals to deal with.

In any case, as the work immediately before me exceeds the resources I can bring to it,
I am going to do that as best I can now, and leave this to others.
Top
Post Reply
7 posts • Page 1 of 1