The timing of the rise in sea levels, Part 1

This Buffalo Lick may be identified with Big (Salt) Lick, just to the south of the modern city of Cincinatti, Ohio, as the active flint quarries show this area to have been occupied by the survivors after the Holocene Start Impacts.

FWIW, that stretch of the Ohio was one of the most densely populated Paleoindian centers before (presumably) the big changes. More people --> better chance of survivors ?

Thanks for the links, but I already knew that, and have visited there more than several times

On one occasion I heard the guide at the nearby interstate visitor's center tell a European visitor that no Indians had lived in Kentucky.

But then, he's not the only person I have ever met who is more than willing to share their ignorance.
Some even get paid for it.

Survival in impact events depends on many things, among them a food supply.
Top

intentionally duplicated here, as it refers both to the first and second impacts

THE HOOL-POOM'-NE STORY OF CREATION

"The Hool-poom'-ne lived on the east side of the lower Sacramento River, beginning a few miles below the place where the city of Sacramento now stands.
They are now extinct."

Iinformants not identified by Merriam. They may exist in his notes.

"These tales were told me by the Indians of a single stock, the Mewan, the tribes of which are confined to central California and have no known relatives in any
part of the world. They have been little visited by ethnologists and during the few years that have passed since the tales were collected, several of the tribes have
become extinct.

"The myths are related by the old people after the first rains of the winter season, usually in the ceremonial roundhouse and always
at night by the dim light of a small flickering fire. They constitute the religious history of the tribe, and from time immemorial have been
handed down by word of mouth; from generation to generation they have been repeated, without loss and without addition."

When Wek'-wek and O-let'-te were out hunting one day they went to Tah-lah'-wit the North
and came to a rocky hill where they saw a great and powerful giant named Ke'-lok,
sitting by his han-nā'-boo or roundhouse.
Wek'-wek flew close to him and saw him well.

Then his grandfather told him that Ke'-lok was his elder brother.
"All right," said Wek'-wek, "I'm going to play the hand-game with my brother."

Ke'-lok's place was at Tah-lah'-wit, the north.
When Wek'-wek set out to go there,
his grandfather O-let'-te had told him to pluck out and take with him one of his father's long wing-feathers and
stand it up on top of Ke'-lok's round-house so it could be seen a long way off.
O-let'-te said the feather would stand so long as Wek'wek was alive,
but if he was killed it would fall.

[This "feather" was most likely a comet's tail.
Note that Ke'lok's round house was in Tah-lah-wit, the north.
This comet was likely different than Comet Encke;
perhaps another chunk of Comet Giacobini-Zinner.]

After a while Wek'-wek arrived at Ke'-lok's round house,
and when Ke'-lok came out, said to him,
"Brother, I have come to play hand-game with you."

"All right," answered Ke'-lok,
and he at once built a fire and put eight round rocks in it
and heated them until they were red hot.
Then Ke'lok said, "My young brother, you begin first."
"No," replied Wek'-wek, "I want to see you play first; you begin."
"All right," said Ke'-lok,
and he immediately sprang up and darted up into the sky,
for he was great and powerful and could do all things.
As Ke'lok went up into th4e sky he made a loud noise.
Then he came down in a zig-zag course,
and as he came down he sang a song.

Then Wek'-wek began to throw hot rocks at him
but he purposely missed him, for he did not want to kill his brother.
His grandfather O-let'-te the Coyote-man, called out to Wek'-wek from the south
that if he hit Ke'-lok in his body it would not kill him,
but that his heart (wus'-ke) was in his arm,
under a white spot on the underside of the arm,
and that if he hit that spot it would kill him;
that was the only place on his body where a blow would kill him.

Wek'-wek answered, "I can easily hit that, but I don't want to kill him."
So he threw all the hot stones but he took care not to hit the white spot under Ke'lok's arm.
When Wek'-wek had fired all the rocks he picked them up
and put them back in the fire to heat again.

Then it was Ke'-lok's turn.
When Ke'-lok was ready, Wek'-wek said,
"All right, I will go now," and he shot up into the sky making a great noise,
just as Ke'-lok had done.
Then Wek'-wek came down slowly, singing a song,
and came toward Ke'-lok's roundhouse.
Then Ke'-lok began to throw the hot rocks at him and tried hard to hit him.
But Wek'-wek dodged them easily and called out to O-let'-te his grandfather:
"He can't hit me unless I let him; see me let him hit me"--
for he thought he would not really be killed, believing that the magic of O-let'-te would keep him alive.

So Wek'-wek let Ke'-lok hit him with the last rock.
Ke'-lok did hit him and he fell dead.
Then Ke'-lok picked him up and hung him on his round-house.

While the hand-game was going on O-let'-te watched the feather,
and when Wek'-wek was hit he saw it fall.
Then he felt very sad and cried and told Mol'-luk, Wek'-wek's father,
and they both mourned and cried.
Then O-let'-te said to Mol'-luk, "I'm going to play hand-game with Ke'-lok."

So he took a long walking stick with a sharp point at one end
and set out on the far journey to Tah-lah'-wit.
When he arrived at Ke'lok's round-house he said, "Well, how are you getting along?"
Ke'-lok answered, "I'm getting along all right."

Then O-let'-te said, "I have come to play hand-game."
"All right," replied Ke'-lok; and he built a fire and heated the rocks red hot,
just as he had done before.
When the rocks were hot he asked, "Who will play first?"
O-let'-te answered, "I'm an old man, but I'll go first."
So he shot up into the sky with a great noise,
just as Ke'-lok and Wek'-wek had done before;
and then he circled around and came down slowly, singing a song of his own
-different from the songs the others had sung.
Then Ke'-lok began picking up the hot rocks and throwing them at him.
But O-let'-te, in spite of his age, was very agile
and he dodged all of the eight rocks so that not one hit him.

When Ke'-lok had fired all the rocks he said to himself,
"Maybe my grandfather will beat me after all;
I feel now that I am done for," and he was afraid.

O-let'-te, who was still in the air, then came down and said,
"I'm old and tired of playing that way.
Do you think old people can beat young people?
I don't know, but I'll try anyhow."

It was now Ke'-lok's turn to go up,
and O-let'-te's turn to throw the hot rocks.
Ke'-lok sprang up in the same way as before, and came down in the same
way, singing his own song.
O-let'-te picked up the hot stones and threw them at Ke'-lok,
one after the other, until he had thrown four, but did not try to hit him.


Then O-let'-te looked toward Ke'-lok's round-house and saw Wek'-wek hanging there,
and he became very angry.
When he picked up the fifth stone he said,
"Now I am going to hit the white spot on his arm,
over his heart,"
and O-let'-te fired the rock straight and hit the white spot,
and Ke'-lok fell dead.

[Note that is is the fifth rock of eight which kills Ke'lok.]

As soon as Ke'-lok was dead his fire sprang up and began to burn and spread.
Then O-let'-te went to Wek'-wek and took him in his hands.
Wek'-wek's feathers moved a little; then his head drew in a little;
then his eyes opened and he stood up and came to life and exclaimed,
"The country is burning!"

And so it was, for the fire was now sweeping fiercely over the land,
spreading swiftly to the east and west and south,
roaring with a mighty roar, consuming everything in its way and filling the air with flame and smoke.

O-let'-te directed Wek'-wek to fly quickly to the ocean and dive under the water,
where he had two sisters named Hoo-soo'-pe 12 (the Mermaids),
and to stay with them while the world was burning.

[Undoubtedly the peoples in California moved to the coast during these times,
say some 700 years or. I'd like to mention here that both Dennis Cox and Steve Garcia are acting
like half wit ignorant a$$ holes, in my humble opinion.]

So Wek'-wek went into the ocean and found his sisters and remained with them
until the fire had burnt over all the land and had burnt itself out.
While with them he killed a great many ducks.
His sisters did not like him to kill ducks,
so after they had spoken to him,
he killed only what he needed to eat.

[Given the rise in sea levels, good luck trying to find anything on the Alviso mud flats.
Now why don't you all pass the hat,
and send me a stack of cash?
Or at least invest in used copies of "Man and Impact in the Americas"]
Top

get yours today -
Top 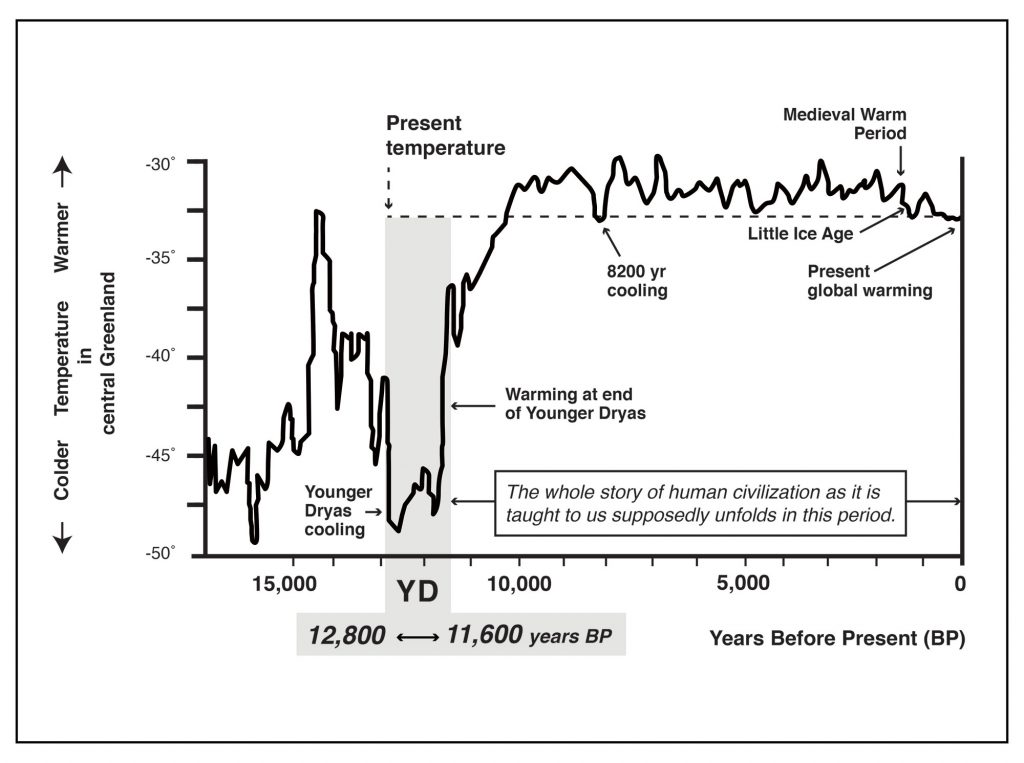