I use the word "henge" the way most people here in the states do.

Once again, it is an open question whether the remains at Gobekli Tepe are those of henges.

At this point, it is not an open question whether at least one comet fragment impacted a 10,850 BCE,
and raising objections about the definition and use of the word "henge" does nothing to alter that.
Top

GT is obviously not a henge , only someone who deosn't know what a henge is could possibly think so .
I know it's difficult for you , but read the excavation reports and many bulletins from the site , nobody has described it ,or would describe it as a henge , it is obviously is nothing like a henge .
Yes, cometary impacts have nothing to do with henges , again , only the nuts would suggest they do .
Top

tiompan wrote: GT is obviously not a henge

We all know you have problems with the definition of henge used here in the states.

I have a problem with people who can not handle recent asteroid and comet impacts with the Earth,
and the denial mechanisms they use to avoid considering them.

I do not know if the authors of these papers on the comet impact biomass fires use henge the way it is used in the states,
or whether they use it the way it used to be used in the UK.
I am pretty sure henge did not appear in them.

I hope Graham Hancock uses the word henge the way it is commonly understood.
It will be fun to watch you become apoplectic.

I don't have a problem with people using the wrong terminology, as you do , I merely point it out .
Most people when told politely where they are going wrong, take the hint ,and don't make the mistake again , the wilfully ignorant just stay wrong , bleat about it ,and compound the error .

Yes GT is certainly not a henge , only an idiot would consider so .
" read the excavation reports and many bulletins from the site , nobody has described it ,or would describe it as a henge , it is obviously is nothing like a henge ."
Top

Well, at least we agree that hiding behind the "defintion of henge" is pathetic.
But I think that I have demonstrated very well
that the only willfully ignorant idiot here is yourself.

No we don't agree , you simply misunderstand as usual . Or wilfully misrepresented i.e. missed out the context .
Read what was said , slowly . Hiding behind the "defintion of henge used here in the states " is pathetic , people from the states who know about the subject use the correct definition , not everybody is so ignorant as yourself .
Spot the difference . Rhetorical question ,you probably don't .
Lol . You have demonstrated that you are both ignorant and wilfully ignorant , can't respond to multiple examples of the proper definition ,
can't respond to multiple examples where you have made comments about henges that you can never support .
In contrast to these failures you have never once provided an example where you have refuted anything I have said .
The list grows, do you need reminding of the failures again ?
Top

Here's an idea,tiompan.
Why do't you come over here and try to convince everyone they are driving on the wrong side of the road?

What a pathetic analogy , born out of desperation at not being able to respond meaningfully .
More appropriate would be pointing out that Crap has nothing to do with Thomas Crapper , although many may believe it ,and you are full of it .

Don't drag fellow Americans down to your level . There is no shortage of them who know the correct definition ,partly evidenced by your frequent failures to provide support for 1) " As the Yuchi festivities were astronomically timed, the archaeologists here define it as a "henge"2)"Any US archaeologgist who does not use the word "HENGE" when talking or writing about a henge site will have the word "Henge" provided to him by his audience or editor." .

Then from approx 7-8 yrs ago .
Here is the first comment that led to your error being highlighted . Followed by the correction . It didn't take long before you couldn't face up to the error ,as is often the case with the alt crowd ; descended into abuse and never ,ever , producing anything to support your error .

E.P. Said
“There is a henge in Africa (Nakbe?) 8,000 BCE, built by Sahara River descendants, the same folk who crossed to Pedra Furada ca 35,000 BCE, and who later moved north across the Caribbean (Clovis). “

The response .
E.P. I think your'e probably thinking of Nabta Playa , it's a stone circle not a henge .
Sticking to the main point and avoiding the typical crap about Pedra /Clovis .
Look at the monument description from a purely American perspective .

Here it is “Calendar stones “ within a circle . No mention of the term henge . 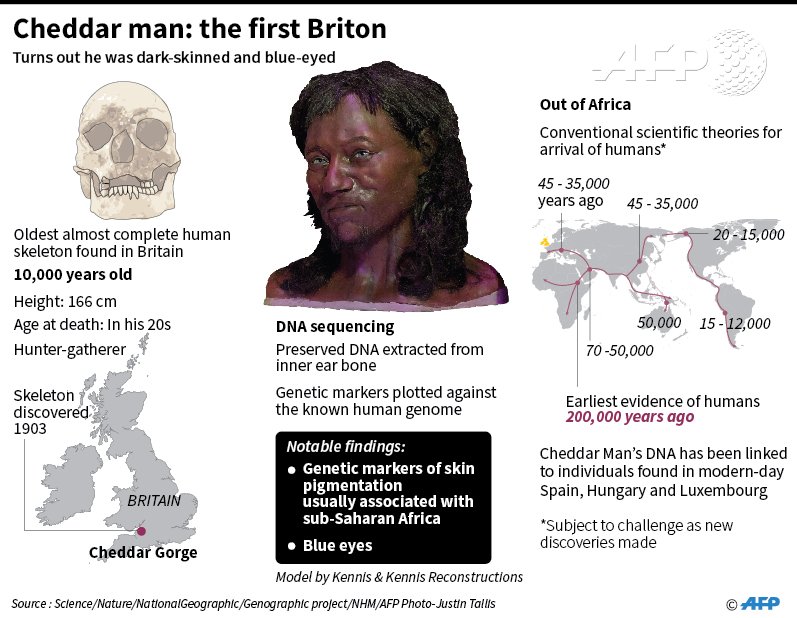 Until you understand the definition of henge used here in the states,
we're left unable to discuss the questions of whether this fellow brought henge technology with him from Africa to Britain,
and how far back the use and development of henge technology goes,
as we lack a very useful word to do that.

That structure on the Nabta plateau is clearly not a "circle",
as it lacks the basic defining characteristic of a circle.

Note that in the chart given above, no sea route is shown,
which is not bloody likely.
Kudos to AFP for indicating their chart was only provisional,
as we know it to be wrong for the Americas.

There are two different definitions of a henge used world wide , including in the US , one is the correct one used by anyone who knows what they are talking about
i.e. the all the Americans who didn't describe the Nabta Playa monument as "henge " .The other definition is the wrong one . You make up your own one which is also wrong .

Nabta Play clearly is not a henge and has been described by the excavators and anyone who knows about the subject as a stone circle . You've been given the links ,actual data .
All you have to do is find a reputable US archaeologist who will describe it as a henge , alt. crank hacks don't count . Produce the link and you may have a refutation , but you won't be be able to . As ever with your errors no breath will be held .
Only you would attempt to argue in the face of overwhelming data ,without providing a scrap of contrary evidence .

On stone circles
“Many of them, such as the one at Avebury , were far from circular—some were slightly flattened while others were egg-shaped or elliptical. True circles would have been easy to lay out using a peg and a length of rope and these are most common. “

And coincidentally yet another refutation your made up nonsense .
Henge
”The term derives from Stonehenge ( the name is generally thought to mean “hanging stones” in Old Anglo-Saxon). However, in archaeological terms, the stones are unnecessary. A henge is a roughly circular or oval enclosure consisting of a ditch and external bank with one or more entrances. Over 80 examples have been identified in the British Isles ranging in size from some 10 metres in diameter up to 300 metres or more.
Top

Let me run this by you again:

Your stone circles are most certainly not circles.

As to how many of your "henges" are actually hewges, you won't know until they are excavated.

One key difference between your intellectual capabilities and mine
is that I can slip into your frame of reference and terminology,
while you are completely incapable of dealing with anyone else's except your own.

I am curious, what foreign languages have you ever worked with or in?
Top

As ever a complete failure to provide any data , absolutely nothing in response to multiple links highlighting your errors .
Also as ever, how many times and links does it take before simple english sinks in ?
Who said that all stone circles are circular ? , why did you have to repeat the same comment when it has already been shown to be a misconception on your behalf ?
" Some stone circles are circular, some are rough circles , some are elliptical ,some are egg shaped and may are a long way from circles , but the class is known as a stone circle . Read the literature. ,it's not difficult , although a step too far for you . Not only do you know nothing about henges ,you are equally ignorant about stone circles ."

One difference is that you are incapable of understanding simple English and , incapable of admitting that you have been shown to have been wrong on many occasions over the years .

Lol , foreign languages ? Another non sequitur . Judging by your understanding , usage and the number of times you manage to get even basic definitions wrong , English would not be your first .
You are demonstrably wrong in any language .
Top

Since you still don't get it:

Let me run this by you again: 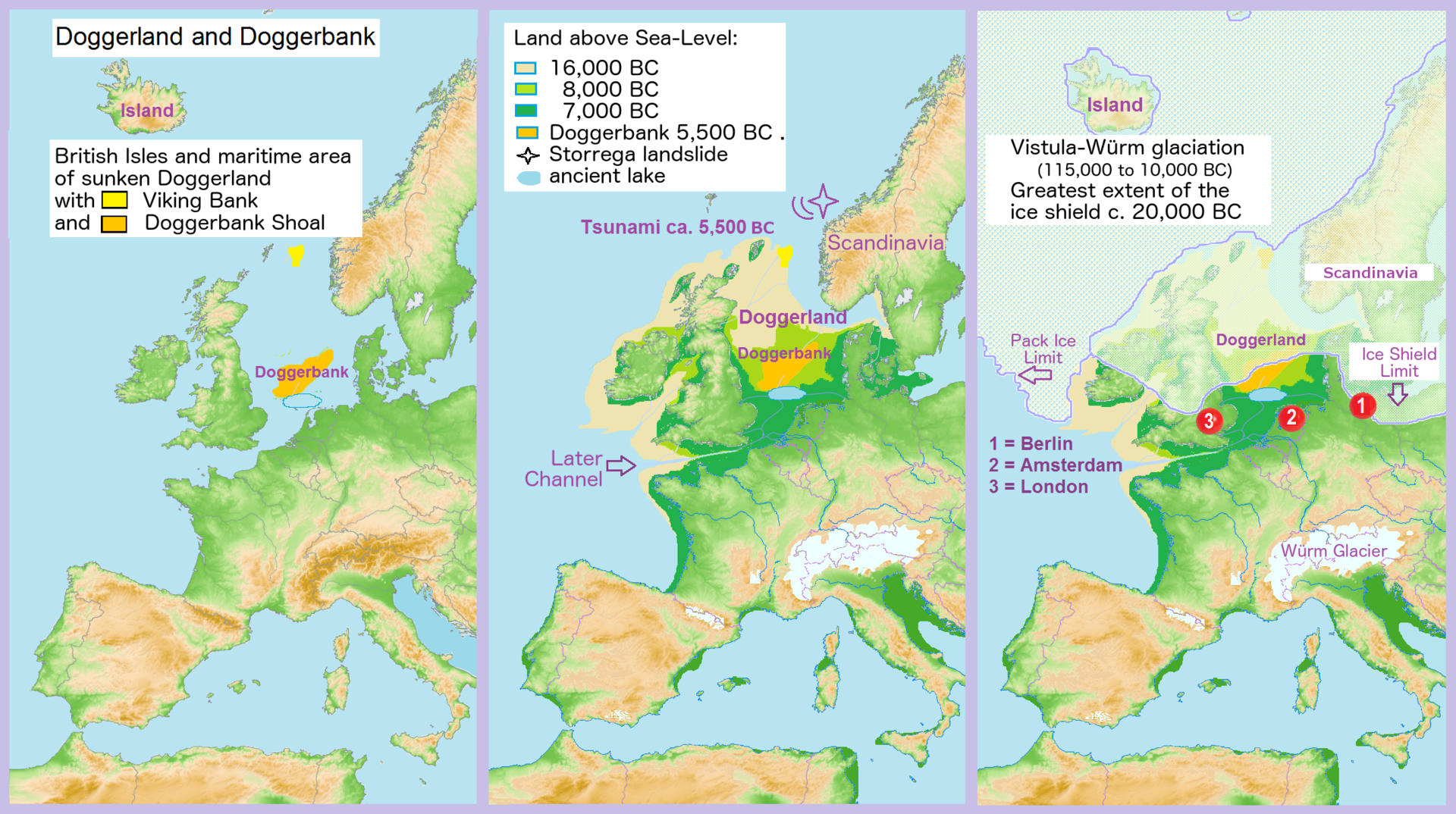 No I get it , nothing changes .
You are incapable of responding meaningfully to multiple examples highlighting your errors .
How many many times have you been told ? " Your response will be another non sequitur made up red herring . The volume of your crap is approaching Theosophist standards ."

As well as " Produce the link and you may have a refutation , but you won't be be able to . As ever with your errors no breath will be held ."
Top

I am kind of taken with the image of the first Briton sailing his way up from coastal Africa.

Aside from that, I need a complete statement from you so that I may properly thank you in the introduction to
"The HENGES of North America.
Top
Post Reply
75 posts